If you want to explore Bulgaria, you’ll face a difficult choice to make – which itinerary to undertake – a historical one, natural wonders discovery or just a city walk?

This itinerary is for connoisseurs only and includes all-in-one – a historical walk in the cities of Lovech and VelikoTarnovo, visits to some of the magnificent natural wonders in the region – Krushuna waterfalls and Devetashka Cave and few surprises if you keep the explorers’ pace…

The journey begins early in the morning by a short pass by the Rose valley and Kazanlak. In Kazanlak you will visit the Museum of the Rose. Rosa Damascena is the visit card of Bulgaria, and if you want to buy and taste rose products, that’s the place!!! At the exit of Kazanlak straight ahead you will see the golden cupolas of The Memorial Temple of the Birth of Christ of the town of Shipka. The area is surrounded by greenery and the temple stands imposingly in the middle. After a while, you will arrive at the start point of the main part of the trip – Lovech. Lovech is a city closely related to one of the main revolutionary figures who fought against the Ottoman rule in Bulgaria – Vasil Levski. Afterward, the journey continues going deep in nature and exploring the Devetashka Cave and finishes at the picturesque water cascades of Krushuna. On the way back you’ll make a detour to the former capital of Bulgaria – VelikoTarnovo.

The main attraction in Lovech is the Architectural and Historical Reserve ”Varosha” or the Old Part of the city. You’ll fell in love with its charming houses dated as of Bulgarian Revival and the meandering streets. There are around 200 historical and architectural monuments kept on the territory of ”Varosha”. Among the most important ones is the Museum ”Vasil Levski” in memorial of the emblematic historical rebel for Bulgarian freedom. The Ethnographic Museum, The Medieval Fortress of Lovech and the churches ”Assumption of the Virgin Merry” and ”Saint Nedelya” are located in the same area. You will cross the famous covered bridge and pay a visit to the school ”Joseph I” where the Anthem of the Bulgarian Education “Go, revived people” – (“Вървинародевъзродени”) was created. Many of the buildings and houses are closely related to the life and the revolutionary work of the Bulgarian Apostle of Freedom – Vasil Levski, as he was dubbed. 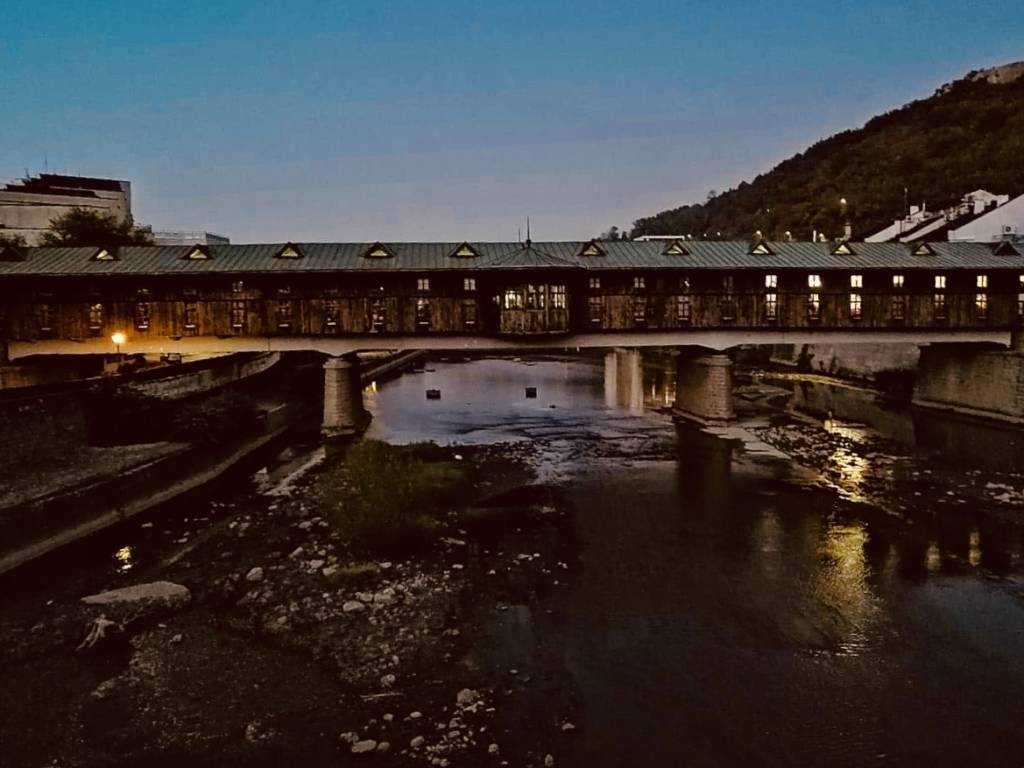 You will have free time in Lovech, so go back to the covered bridge and know more about traditional craftsmen from the region – there is a workshop for jewellery made of glass, a furriery, a pottery-making workshop and many others where you can learn a new skill and buy some souvenirs to bring back home. I would highly recommend you go up to the Monument of Vasil Levski which is the biggest monument of the apostle in Bulgaria, but that’s not the only reason. This is the viewpoint where to enjoy a great panoramic view of the whole city!!! The fortress ”Hisarya” is also located nearby the monument, so two birds with one stone!!!

After the lunch break, it’s time to head to the highlight of this trip: Krushuna waterfalls. Krushuna waterfalls are actually water cascades formed by travertines. There are groups of waterfalls spread around the natural park. You can explore different paths and discover the cave where the river springs. Remains of the 13-14th century Hesychast Monastery are hidden in the surroundings. The region’s fauna and flora are abundant, and that’s the reason why the waterfalls are enveloped in greenery. Krushuna waterfalls ”are open” during the whole year, however, the best season to visit them is in the spring. 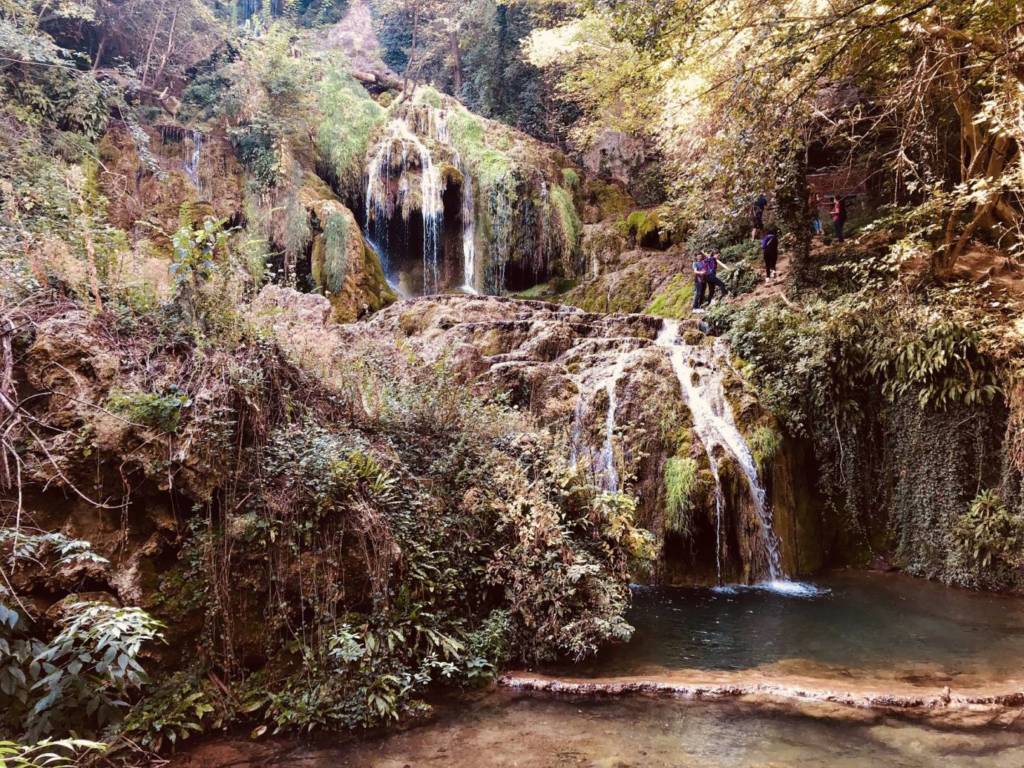 Nearby the Krushuna waterfalls are located another natural wonder not to miss out: Devetashka Cave. Devetashka  Cave is situated in the area called by the locals ”Maarata” and is one of the longest caves in Bulgaria – 2442 meters. The main hall is open for visitors and is called ”the altar” as its top looks as a massive altar. Archaeological diggings from the Neolithic era were excavated there. The cave is breath-taking, so take the time to admire it at the fullest. 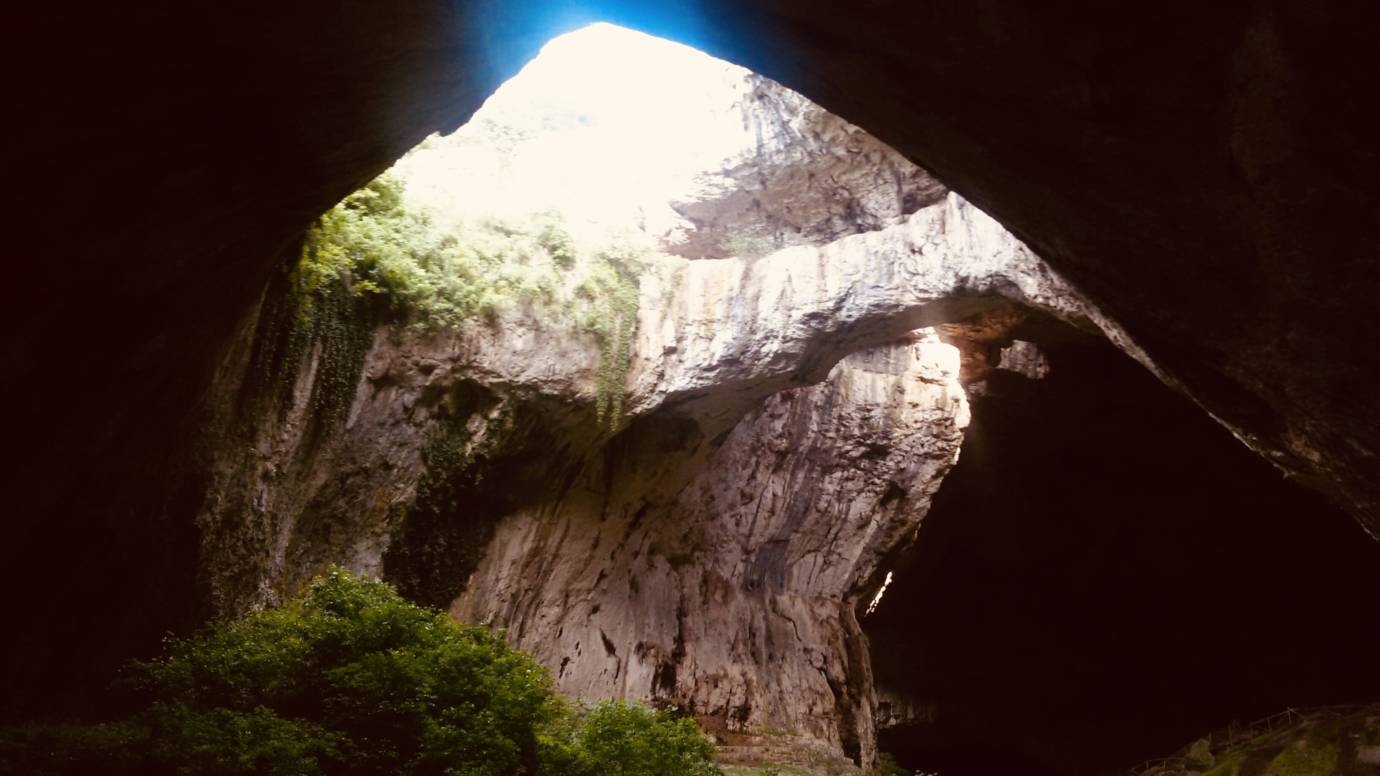 All the Bulgarian roads lead to VelikoTarnovo

This unique itinerary ends up in VelikoTarnovo – the former capital of Bulgaria. No words can describe the beauty of VelikoTarnovo. Tsarevets Fortress standing on the hill and having the entire city at its feet is mind-blowing!!! Trapezitza on the other side, protecting the valley where the city is nestled is a path to explore with its interactive museum and numerous ancient churches. So much to see, to say and to learn about this gorgeous place. If you have a little bit of time, go down the streets to the city centre and pay respect to the Monument ”Mother Bulgaria”

That was the end of an epic itinerary not to miss out!!! Hope to see you soon again!!!

Want to know about this tour?

За нас / About us

Find out more or adjust your settings.

This website uses cookies so that we can provide you with the best user experience possible. Cookie information is stored in your browser and performs functions such as recognising you when you return to our website and helping our team to understand which sections of the website you find most interesting and useful.

Strictly Necessary Cookie should be enabled at all times so that we can save your preferences for cookie settings.

If you disable this cookie, we will not be able to save your preferences. This means that every time you visit this website you will need to enable or disable cookies again.